If you use the internet – and let’s face it, most of us do – then it’s highly probable that you’ve come across the term “phishing”. But what exactly is phishing? Essentially, it’s the theft of your information like passwords and credit card numbers from the Internet by a fake website posing as a legitimate one. 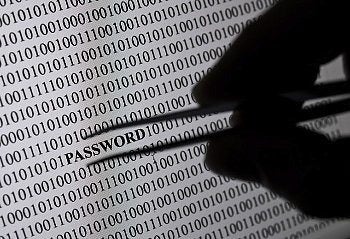 Phishing, like other cyberspace crimes, is prevalent on public Wi-Fi networks.  There are reams of pages written on how one should protect themselves when operating in these precarious spaces.  Every now and then we hear of a mishap of some description where an unsuspecting individual has in fact been scammed.

Recently Brisbane comedian, Casey Talbot, reported that cyber-thieves stole more than $10,000 from his bank account after he logged on to Wi-Fi at Sydney Airport.

In a sophisticated scam, it appears that the thieves spent a considerable time working in his accounts transferring money from one to the other. Money was transferred from his home loan into a more accessible everyday savings account and then onto other accounts he owns.

Security experts from two leading universities have commented on what goes on in and around these unsecured networks.

University of Canberra Centre for Internet Safety director Nigel Phair said that the networks were inherently insecure and should never be used for banking, purchasing or the exchange of sensitive information.

“They’re provided free of cost by say local council, Starbucks, McDonald’s, whatever it might be, and they’re not in the game of putting security on it,” he said.

He advocated a rule-of-thumb: assume you are being watched.

This type of scam involves an email being sent and opened and takes the form of a fake bank or other high-level company. Opening the email sends you to a fake website set up to steal your details.

“If you look at the junk email that you get, most of the time it is quarantined by your email provider but they do get through.”

Do we have to avoid these unsecured areas or should we just mindlessly traipse around Facebook when we’re on them?  Both experts recommend a personal hotspot, where you use your phone as a wireless modem.  Of course, at all times, ensure that network is secure.

Working in disability can be one of the most rewarding careers. No day is the same, you meet some in...

20 In-Demand Jobs in Australia: What Jobs are Most Needed Post-COVID 19?

Kickstart your career in 2021! Find out which post-COVID 19 jobs are in the highest demand in Austra...

4 Disability Support Worker Skills You Need to Make a Difference

Many people choose to pursue disability support work as a career because they hold an innate ability...

Despite decreasing apprenticeship commencements in the construction industry over the last few years...

An Honest Look into Working in an HR Department

Picture this: you're meeting someone for the first time. You're asking the typical 'get to know you'...

Looking for a list of the highest paying jobs in 2021? We've collected job data, industry insights a...