Looking to add a creative element to a career in IT? Then networking may be for you.  A networking course lets you develop broad skills across different programs and softwares. You’ll also learn how develop and manage company computer networks – and protect them from disasters.

Level of courses you want to study

×
Study method refers to the type of course delivery you prefer. We’ll show the courses that align with your preferred study method. If you’re not sure, you can select more than one or change the selection later.
When would you like to start?

×
Some courses have set enrolment times throughout the year. This question can help us find courses that suit your level of urgency to study and whether you’re still researching, or ready to begin.
Cancel
$51K to $111K Salary P/A
1,972+ Job Advertisements
Strong Job Growth Outlook
Trustpilot

Jobs relating to Networking typically pay around $51,278 to $111,103. Kick start your career in Networking now!

There are over 1,972 active job listings on Indeed relating to Networking

The Diploma of Information Technology Networking (ICT50418) addresses skills and knowledge around the installation of a range of networks, including internetworking, security, and e-business integration. The qualification facilitates careers both as in... 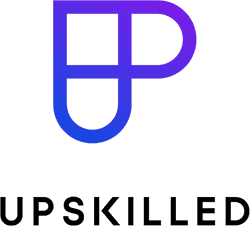 This collection is packed with everything you need to become a cybersecurity expert. From hardware and software to networking and security, the cybersecurity collection covers it all. If you have a grasp of the basics and would like to push yourself wi...

The Certificate IV in Information Technology Networking (ICT40418) delivers the knowledge and skill sets that individuals require to install and manage small scale networks, either as an independent network support technician or as part of a team....

Transition your career into the world of software-defined networking (SDN) and learn how to deploy cutting edge solutions with network functions virtualisation (NFV). Learn this highly in-demand skillset and be ready for the future, today. SDN is an ap...

Lead a successful data privacy program and deliver strategic value within your organisation. Develop the capability to mitigate data risk and become a thought leader in consumer protection and trust. Data privacy is becoming business-critical for compa...

With a huge range of short courses from Australia's leading online providers, you will be sure to find a course that's perfect for you.
View Courses

With a huge range of short courses from Australia's leading online providers, you will be sure to find a course that's perfect for you.

Are you looking to take your IT skills to the next level this year? Or perhaps even carve out a path to a high-paid career in one of the world’s fastest growing industries? Whatever your goals may be, it all starts with the right qualifications and you’ll find everything you need to know right here at training.com.au.

Networking is all about ensuring that information is shared and communicated effectively, which in the digital world means keeping all of those vital systems, networks, and devices seamlessly connected. This can involve anything from linking two computers in a Local Area Network (LAN) to connecting billions of devices in a Wide Area Network (WAN), such as the Internet.

IT networking is responsible for all aspects of this critical process, from designing, planning, and building various systems and architecture, to managing and maintaining it, to finding solutions to any problems that may arise.

There are currently tens of thousands of men and women employed in networking throughout Australia, including 22,600 Computer Network Professionals, 53,300 ICT Support Technicians, and 104,000 Software and Applications Programmers. Most work regular business hours in a typical office setting, although remote work is becoming increasingly common and many modern networking professionals are now choosing to work on a freelance basis.

The rate of pay varies widely according to your role and responsibility; for example, ICT Support Technicians make an average of $62,300 P/A, while Computer Network Professionals can earn in the realm of $93,500 P/A.

Daily tasks in networking can include any of the following:

To thrive in networking you need the backing of the latest qualifications and you’ll find a huge range of IT networking courses here at training.com.au.

A great way to get started is by investing in a certificate level program, such as the wildly popular Certificate IV in Information Technology Networking. Here you will develop your skills in programming, networking, virtualisation, client support, and server technologies, which will prepare you for a wide range of entry level roles, such as IT support, network technician, or IT helpdesk roles. Best of all, you can complete your certificate in just 12 months and will graduate with nationally-recognised networking qualifications.

Want to take your networking talents to the next level? If so, consider a Diploma, as this is a fantastic way to build upon your existing skills, knowledge, and experience. For example, a Diploma in Networking will not only polish your networking and virtualisation abilities, but you’ll learn how to install, manage, and master a variety of networks, architecture, and operating systems. You’ll also get up to speed on the latest advancements in technology, such as the Internet of Things, and graduate ready to thrive in high-level roles, including ICT Specialist and Network System Administrator.

Those with big plans for their networking career will be well served by a Bachelor level degree, such as a Bachelor of Information Technology Networking. These in-depth programs take 3-4 years to complete and will teach you how to design, plan, implement, maintain, and manage a wide array of computer systems, networks, and architecture. Graduates will gain quality network analysis skills, exceptional problem solving abilities, and master the art of communicating effectively across a variety of professional settings. You will also be ready to step into roles with higher pay and more responsibility, such as Systems Engineer, Network Capacity Planner, or Mobile Applications Developer.

Whether you are new to networking and looking to learn the ropes or are an experienced professional interested in management level roles, at training.com.au we can connect you with the programs you need to achieve your goals, whatever they may be.

As the world of business has become increasingly connected, the role of modern networking professionals has grown in size, scope, and responsibility, and this powerful trend appears set to continue for the foreseeable future. Considering that the global market for the Internet of Things alone is tipped to be worth a staggering $457 Billion by 2020, those skilled and qualified in the art of networking can expect plenty of opportunities for years to come.

Is a Networking career right for you?

To enjoy a successful career in computer networking the following skills and talents are a must:

Are you ready to take your networking skills to the next level this year? If so, you have come to the right place, because at training.com.au we can connect you with networking courses online, in-class, and taught by skilled and qualified professionals.

So what are you waiting for? Compare your options, find your course, and start today!

Career Change Later in Life: 3 Success Stories That Will Inspire You

Before her career change to Nutrition, Dianne worked within the Allied Health industry on and off for about 20 years; making the switch to nutrition from aromatherapy about 5 years ago. Dianne…

What Qualification Should You Take On? (New Guide)

Certificates, Diplomas and Bachelor degrees can be excellent ways to further your education and development – but how can you decide which qualification will best suit you? And what’s the difference between…